Before you get annoyed, I told you I was bad at this blogging thing. I will be honest I’ve been busy trying to keep myself functioning and haven’t really had the headspace to blog.

But I am back, from not quite out of space, with a list of the cosplays I most want to do. Aus Comic Con is fast approaching here in Perth and as Mark announced earlier, we here at Kartanym Productions have a booth in the artist alley. Normally I love to cosplay for these events, but Comic Con snuck up on me and whilst I do have a few pre-prepared cosplays up my sleeve, I don’t have enough time to make a new one. I work full time and like sleep 😛

And now, in no particular order here’s my 10 Cosplays I Really Want to do! 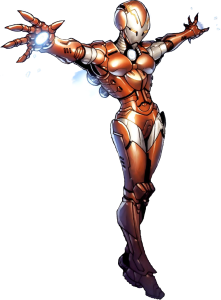 There is no denying that Pepper is a strong woman, with a brilliant mind, cutthroat business attitude and a good heart. I like the Pepper that we see in the Marvel Cinematic Universe because you get the sense that she is one tough nut to crack, but still a normal person who is thrown into the extraordinary. She’s not super powered, but she uses the abilities she has to her best advantage.

I have always loved Rogue, from the cheesy 90’s Animated Series to the comics, but i’m a bit so-so on the movie adaptation. I love the vulnerability that Rogue has, she’s physically strong, virtually invulnerable (thanks Carol Danvers!) but mentally she has such a fragility. You try having every person you touch floating around your head and see which side of sane you float on. She craves physical affection, but knows that if she has that, it will kill those she loves. That really stuffs a person around, but she’s still there, still alive and kicking and (mostly) still has a hope that tomorrow will be better. I also love the fact that she is totally unashamed of her kickass curves and being feminine. The above costume is what I would love to do, one of my favourite posters is a Gambit/Rogue picture with her in this costume.

Say what you want, but I love Hammer, she fell hard and just went on and got back up again. Unashamedly herself throughout the game and underneath the Hero of Strength’s muscles, she had an even bigger heart. That and she’s a different body type to what we normally see. No petite, yet strong, not fat and doughy. She’s muscular and if you say anything rude about it, you’ll find out why she’s called Hammer. A good companion on my journey through Fable II and she put Reaver in his place a few times, stupid Reaver. (What an asshole!) 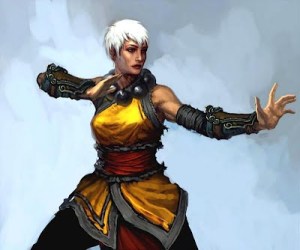 I am a massive Diablo fan, like a seriously huge fan. I’ve played all the games multiple times, I grew up watching my brothers play and then when they were at Air Cadets, I would try and sneak on the computer and play, I could never save the game. Diablo 3 has its ups and its downs for me, but I love playing the monk, she’s a lot of fun and I like the voice actor who manages to bring some wry humour to the character. Just look at the Monk. What a badass. She deafeated Diablo without needing to heal once on Master difficulty in about 2 minutes. (A personal best.)

Look at this woman. You don’t want to mess with her, in fact you want to go home and rethink the actions that lead you to crossing her path. This is a woman I want to be like when I am grown up. She’s a realist trying to make a difference with the very deadly skills she gained through the Red Room program. She can be anyone, she can kill pretty much anyone, she out witted the Silver tounged Loki Liesmith. I want Scarlett Johanssen to have her own Black Widow movie, I want to see how broken she is and how she just keeps going, because she just won’t lay down and give them the satisfaction.

Mass Effect is the most enjoyable FPS I have ever played, for the record, I am not a big fan of first person shooters, I pretty much hate them. This game has political intrigue, your decisions matter (to an extent) and you’re riding through this crazy ride as a badass Engineer who is just dealing with all the crap the universe and the Reapers can throw at her (well, in my game you were). I love the voice actor Jennifer Hale, she made Shepard real for me: because Shepard cared and because I cared, Shepard cared. The best thing about this game and this character, is you could be anyone and still manage to save the universe. Also I want to wear the badass N7 armour. Admit it, you do too.

7) Peregrin “Pippin” Took – The Lord of the Rings

My love for Billy Boyd aside, I love Pippin. I am a major LOTR nerd and would love to do a Guard of the Citadel Pippin (It would work because I’m short). The character in and of itself is an innocent one. When our tale begins, he’s a fun loving, mischievous young hobbit and you watch the character grow from that into a scared and slightly selfish creature who then makes a mistake that is a polarising moment. He realises his mistakes and that he cannot always be sheltered, he learns to stand tall and to defend not only himself, but those who cannot defend themselves. I love reading this metamorphosis in the books and watching it unfurl on the screen. Me being me though, I would most likely genderbend Pippin into a woman. 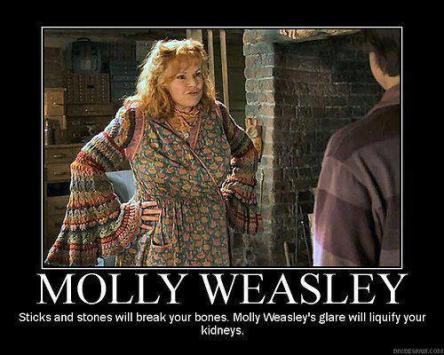 Molly Weasley is the most badass house wife you will ever meet and heaven forbid you threaten one of her own. I feel like there is a whole lot more story to this formidable woman who can go toe to toe with Voldemort’s second in command and chose to raise and love children instead of becoming a warrior in the Order of the Phoenix. I always admired Molly, even before the whole “Not my daughter you bitch!” scene. She struck me as a truly strong and stalwart person who had some pretty powerful witches and wizards cower under her glare, just by her pure force of personality. I also think it would be (a painful amount of) fun to make those crochet sleeves. 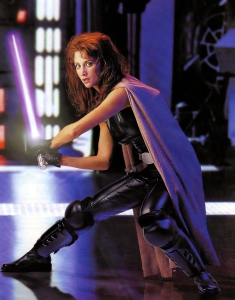 Mara Jade is my equal second favourite character in Star Wars ( Obi Wan being first and tied with Qui Gon Jinn). She’s the Emperor’s Hand and kept the Moffs honest, fighting to preserve integrity in the Empire for her father figure. After his death, she is given a kill switch order from the late Palpatine to kill Luke Skywalker, she does (Don’t worry it was totally an evil clone, seriously read the Thrawn Trilogy by Timothy Zahn). She rivals Luke and challenges him, meeting his strength with her own, never being the second fiddle to anyone’s game. This woman grew up in the Empire, knowing her place and her abilities and the worth they bring. I have done an incomplete cosplay of her, not this particular costume, but the desert one.

The Joker is an unpredictable, wild, violent and slapstick villain. His incomprehension of why people stay sane and his brilliant mind for machinations create a chilling adversary for the her Batman. I will say this, I love walking around conventions as The fem!Joker, you want to get out of the crush of people, you play up the character and slip through the gaps and people don’t get mad at you. It’s also fun to creep people out. I did a costume that mixed the movie version with the comics version, I wasn’t happy with the quality of the costume and I would love to revisit it with a tailcoat and rocking that bright yellow vest. But tell me what you think of my rough draft. 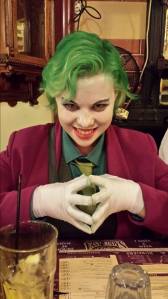 So there you have it, my Top 10 Cosplays, there are many more that I would like to do but these were the ones that came to mind. That being said 3 weeks to the Con guys, all you cosplayers out there, keep up the good work that you do and we will see you there!

This is Mel, I have done words!